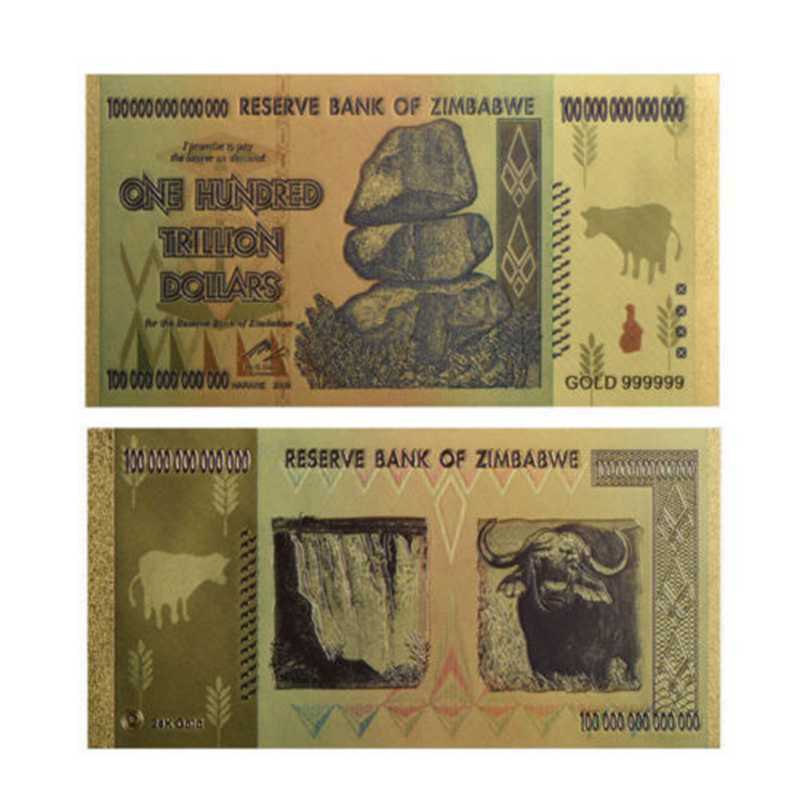 Own a Part of History with a Zimbabwe 100 Trillion Note

As one of the greatest episodes of hyperinflation in modern times occurred in Zimbabwe from the 1980s to 2009, the countrys 100 Trillion Dollars note became one of the highest denominations of currency in circulation in history. Numismatists who enjoy adding unusual items to their collections can obtain mint-condition, verified, used Zimbabwean 100 Trillion Dollars notes on eBay from a wide variety of sellers.

Whats the historical background of this note?

The political turmoil following the declaration of the Zimbabwean Republic in 1980 led to the rapid devaluation of Zimbabwean money. Initially valued at par with US currency, inflation rapidly eroded its value over the next three decades, reaching an annual rate of 11,000,000% in 2008 and a peak monthly rate of 80,000,000,000% in November 2009. The government suspended production of its currency in 2009. Today the government operates the national economy using the US dollar and other currencies as a medium of exchange.

Is the Zimbabwe 100 Trillion Dollars banknote worth anything?

Zimbabwean money, even in the denomination of 100 Trillion, is not recognized in official currency exchange markets and does not have an official exchange rate with the dollar or other national currencies. However, the Zimbabwe 100 Trillion Dollars banknote continues to rise in numismatic value because of its historical significance and demand among collectors.

Why is there a wide range of prices?

The wide range of prices of 100 Trillion Dollar bills being offered for sale is partially a result of official exchange markets no longer recognizing the currency. Additionally, higher prices for certain product offerings may be the result of notes having preferred:

What does a Zimbabwe 100 Trillion Dollar Note look like?

The most fundamental way to assure yourself that you are buying a genuine $100 Trillion note is visual examination. If you actually have one of the banknotes, youll see these details:

Content provided for informational purposes only and does not constitute investment advice.