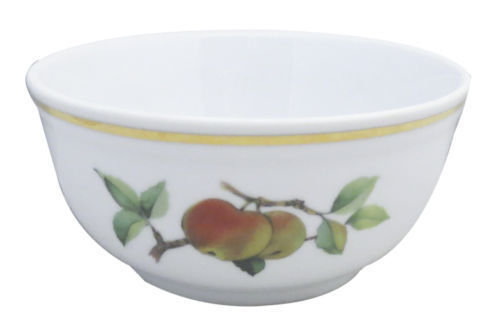 Royal Worcester is a company that makes porcelain plates, mugs, and other dinnerware, including both new sets and antiques. This UK-based porcelain distributor creates patterns on porcelain dining sets. Some of the Royal porcelain sets include white-, gold-, and blue-colored designs.

Where is Royal Worcester China made?

How can you tell when Royal Worcester China was made?

Pieces crafted before the year 2009 predate the acquisition of Royal Worcester by Portmeirion. The Worcester factory’s marks were stamped into the blank white undersides of the pieces and were changed slightly each year to make them more distinctive across the history of the original factory. Royal’s earlier marks were placed by hand. Pieces from the early 1800s used letters to help mark the year of production. In the late 1800s, the company used different arrangements of dots on the factory mark. As the dots became excessive in number, this changed to asterisks in the early 1900s. The words “Made in England” were also added in the 1900s. Collectors looking for earlier productions should not expect to see that on the older factory marks. Transitions toward marks reflective of the joining of Royal with other brands began in 1988, with more numbers and single letters being used to represent years from that point on. This continued until the full acquisition and museum conversion of the original Worcester location in the 2000s.

Are Royal Worcester bone china flowers still being made?

Some floral patterns, such as the Alpine Flowers and Blue Medallion patterns, have been discontinued and can only be purchased pre-owned.

Because gold and metallic trim are included in decorative Royal Worcester China, some are not intended for use in the microwave, including discontinued collectibles like Blue Medallion. Many of the daily-use mugs and dishware, on the other hand, are not only microwave and dishwasher safe, but they can also be used in the conventional oven up to 225 degrees. Royal Worcester also makes cookware designed to be heated up to 475 degrees. Some tableware and cookware will need to be at least half full to be heated in the oven, especially if going directly from cold to heat. Some Evesham plates, classically white with gold trim and fruits painted on the side, are now designed to be safe for the microwave and dishwasher, but cleaning and care of collectible Evesham plates may be much more involved as more of the crafting and detailing was once done by hand.

This Thanksgiving, give your family lots to be thankful for by shopping for everything you need to make the day memorable, such as Royal Worcester dinnerware, serving dishes, and Thanksgiving decor and other deals.

Content provided for informational purposes only. eBay is not affiliated with or endorsed by Royal Worcester.