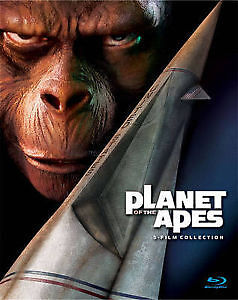 Experiencing a live music concert on DVD can be a great alternative to attending the actual event. In fact, a concert DVD release is sometimes better than being at the actual performance, as you are able to view your favorite musicians more closely and pop the DVD in whenever the urge to view that farewell or special performance tour strikes you. Some exciting concerts have been captured on Blu-ray or DVD release for your enjoyment and entertainment.

How can I choose which concert DVD to buy?

Your favorite band or musician is a great choice for buying a concert disc, but some performers classics may only be available on Blu-ray. When you find a DVD from a band you enjoy, check the tracklist to ensure the songs you want are included. Its also a good idea to look for one that has high-quality audio, such as those with High-Def or mastered sound.

What are some music DVDs featuring guitarists?

Some exciting guitar players have been captured in a show on film in addition to being on a CD or album. Some of these guitarists include:

What kind of music videos are available on digital disc?

Some discs can complete a classic musical collection. Most of these special music presentations recorded on stage are customer favorites because they represent anniversary tours, benefits, or one-time-only shows. A few examples of these are:

What genre categories do some music DVDs fit into?

You might be surprised to know that publicly performed DVDs are available in a number of different genres and not just limited to singers and rock or pop music artists. If youre looking for a heavy metal DVD to store in your collection, "Judas Priest: Live in London" was recorded at the Brixton Academy in 2001. Perhaps you love the sounds of a beautiful choral group. If so, you can find a chorus production DVD, such as the "Yeshiva Boys Choir" or "The Brooklyn Tabernacle Choir: Im Amazed." Other categories are: