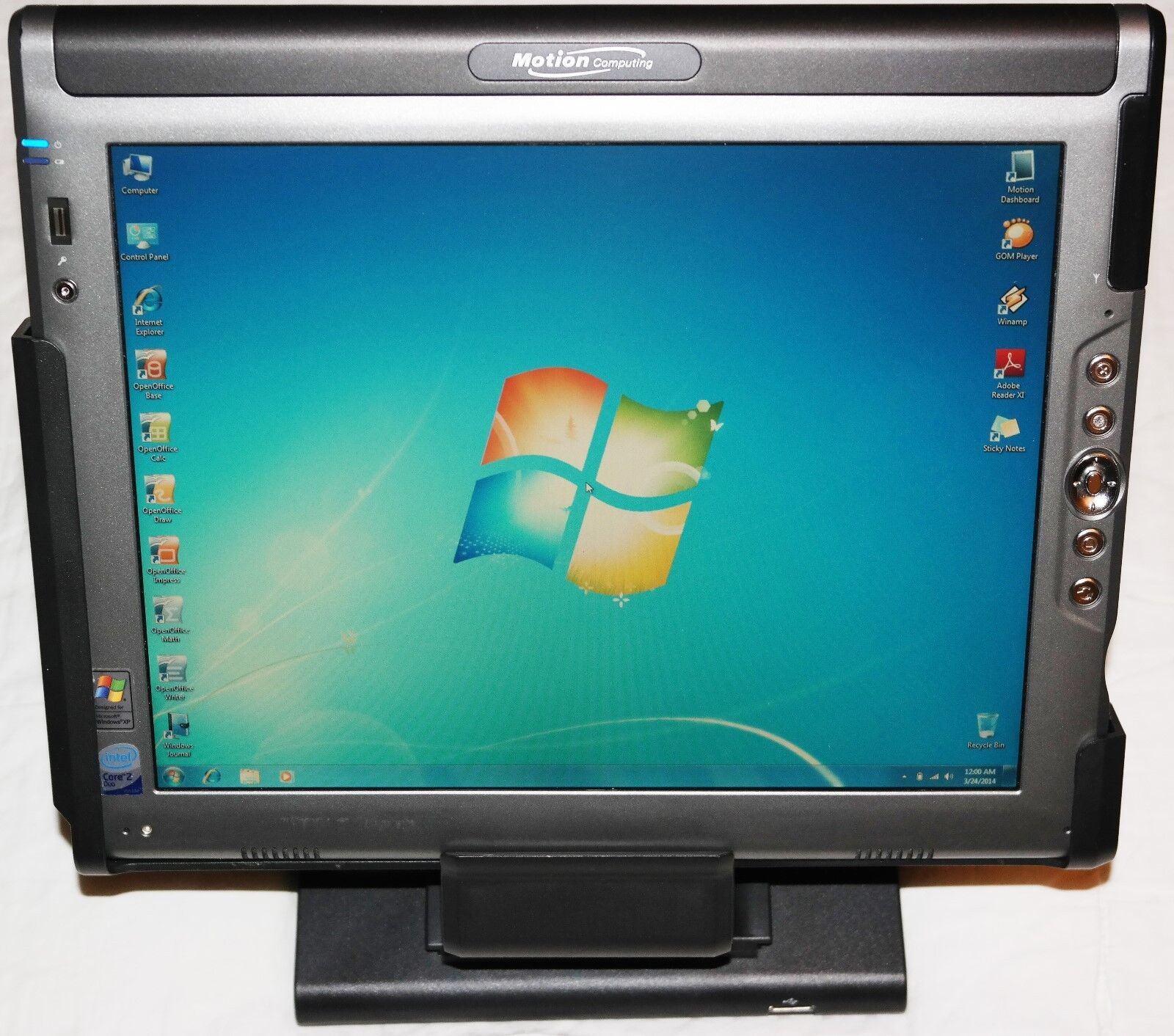 Shop from a Selection of Motion Computing Wi-Fi Tablets

If youre looking for a wireless rugged tablet for work or outdoor activities, Motion Computing tablets were made for these settings. With special features like Gorilla Glass and UV disinfectant stations, these tablets fill niches that standard mobile devices arent suited for. You can find the right wireless tablet and learn more about it here.

Which operating system do these tablet PCs use?

Motion Computing Wi-Fi tablets were designed to function like Windows laptops without keyboards, with a BIOS, Intel processor, hard drive, and Windows operating system. The early generations of these devices were marketed to the medical, construction, and safety industries before the advent of mobile operating systems like iOS and Android, and they continued to use Windows up until the end of the Motion Computing brand. The latest tablet models use Windows 8.

Do these tablet PCs have touch screens?

Yes. Up until 2013, Motion tablet PCs used the Wacon digitizer screen that was designed for a pen or stylus. Because of the sensitivity of the Wacon technology, many of these earlier Motion Computing models have been converted to digital art devices because they simulate pen and paper quite well. Motion computing models made after the J3600 switched to the type of fingertip touch digitizers that have become standard in the mobile device market, though many retained the ability to use a pen.

What models of Motion Computing tablets are available?

A number of these mobile PCs were made by Motion between 2002 and 2015. Heres a list of the major product lines that can still be found on the market today.

Content provided for informational purposes only. eBay is not affiliated with or endorsed by Motion Computing.