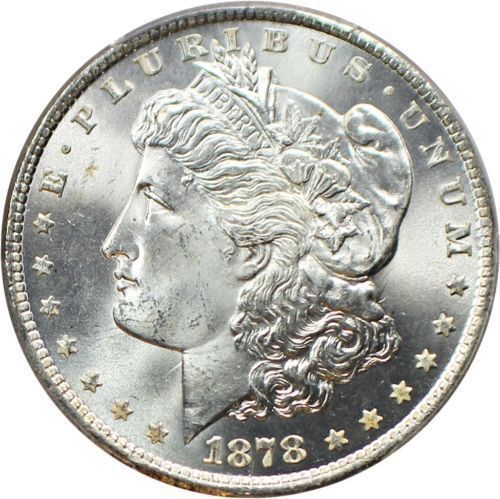 Morgan Silver Dollars were minted between 1878 and 1904, and again during the year 1921. Hundreds of thousands of these coins were melted down, but a surprisingly large number of Morgans still exist and can be found in uncirculated condition. Designed by their namesake George T. Morgan, these silver dollars are one of the most popular coins to collect.

Where were Morgan Silver Dollars were minted?

They were minted in a total of five locations listed below with their markings. The mint mark is located on the back of the coin under the eagle and just above the first letters of dollar along the lower edge.

Did the Denver Mint strike silver dollars in the 1890s?

No, the Denver mint only struck Morgan Silver Dollars during 1921. A vast number of these coins were produced that year, in Denver, San Francisco, and Philadelphia.

During which years were the Morgan Silver Dollars minted?

Morgan Dollars were minted continually through the years of 1878 and 1904. Production stopped when the supply of silver bullion obtained under the Sherman Silver Purchase Act was depleted. The US Mint resumed production of coin again only during the year 1921. The Peace Dollar replaced the Morgan later that year.

Are Morgan Dollars dated before 1904 available?

Yes, even though some are harder to locate, they are available. The Pittman Act of 1918 called for hundreds of thousands of silver dollars to be melted down and converted to bullion. Most of the coins were Morgans, and that is why numismatists prize dollars made before 1918 that are still intact.

Do some Morgan Dollars have errors that make them desirable?

Yes, some of them were struck with errors. Since these are harder to come by, numismatists seek to add them to their collections when they can find them. On some coins numbers are reversed in the dates, struck over top of each other, or oddly positioned.

What is the significance of tail feathers on these coins?

The original die in 1878 showed the eagle on the reverse having eight tail feathers. After finding out the birds only have seven, future dies were made with that correction. Instead of making new dies in 1878, they altered the ones already in use, but the tip of the eighth feather is still visible on those coins. These "7 over 8" feather varieties are sought after by collectors.