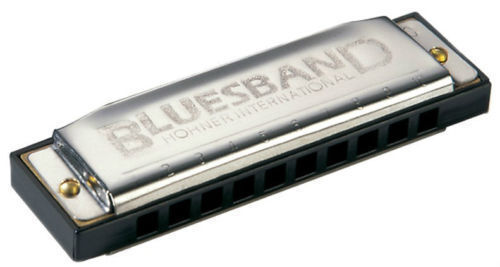 Everything You Need to Know About Harmonicas

A harmonica, also known as a mouth organ, Blues Harp, or French harp, is a wind instrument that uses a free design. It is also classified as an aerophone. It is used all around the world and has been in many different genres since the early 1900s.

Are all harmonicas created the same?

No, not all of these are created the same or designed to be used for the same types of music. Different styles are created for many purposes, pitches, and sound creation. In addition to the types listed below, there is a glass harmonica. While it shares a name with the others, it isnt actually related to a traditional style. The chromatic type is the most common type. The others are usually used for special situations, ceremonies, or traditions. These mouth harps can be classified into one of several categories, including the following:

Since the 1950s, many harmonica players started to use the instrument with microphones and amplifiers. This gave the harmonica a louder midrange sound with added fullness and grit.

Playing properly requires exhaling and inhaling against resistance. Some extremely difficult notes can require years of practice to achieve. With continued practice, players eventually develop a strong diaphragm from regular playing. The diaphragm is stronger because users develops the ability to use their entire lung volume. When compared to non-harp players, those that play this instrument have a much larger lung volume. Because players increase their lung function, it is often used by pulmonologists to rehabilitate COPD patients and others that need to relearn how to increase their lung capacity.

Due to its benefits with breath control, it is beneficial for people who are considering playing an instrument in the future as well. Trumpets, clarinets, saxophones, and many others can benefit from players learning better breathing control.

What types of music use the harmonica regularly?

The French harp can be played in a variety of genres. Notable musicians who play this instrument include Bob Dylan, John Hammond Jr., Tom Harmon, Jimmy Reed, Neil Young, Bruce Springstein, Billy Joel, and Eddie Vedder. Some of these famous musicians play this and a variety of others as well. For instance, those that play the guitar and a mouth harp will often wear a hanger near their neck that allows them to play the mouth harp and carry their guitar at the same time. Most often, the music is used in the genres listed below.

Who are the most well-known harmonica players?

Only a handful of musicians have mastered this instrument on a professional level. The most notable players throughout history include:

What materials are used to create a harmonica?

There are many different types of mouth harps. Despite differences in sound, all are made of the same components. The five basic parts of this design include the following: