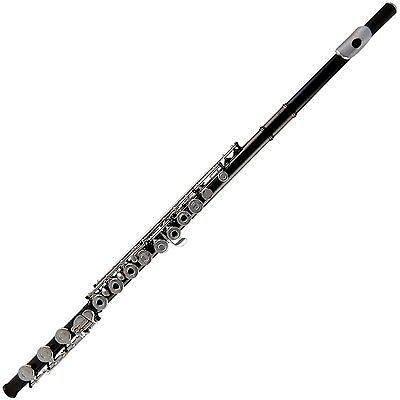 Gemeinhardt manufactures woodwinds for use throughout the world, including the Gemeinhardt flutes. Fourth-generation woodwind maker Kurt Gemeinhardt founded the Gemeinhardt Company in Elkhart, Indiana in 1948. In 2011, the company was purchased by Angel Industries, which is headquartered in Taiwan.

What are some of the different flute model categories?

Where are Gemeinhardt flutes made?

Components such as head joints, foot joints, bodies, and keys are manufactured at Gemeinhardt’s factory in Elkhart. These components are then sent to Angel Industries, which assembles the completed instruments in Taiwan and China. This is why the barrel of a Gemeinhardt flute may be marked “USA” while its body may be marked “China.” Assembled models are then transported back to Indiana where quality testing is done before the instruments are sold.

What is the Gemeinhardt 2SP flute?

The Gemeinhardt 2SP flute is a student flute used across the U.S. Nearly 50,000 of these Gemeinhardt instruments are sold every year, and more than one million have been purchased since the model was first introduced in 1981. These student flutes are lighter in weight than other models, and when a part wears out or is damaged, the component can be replaced.

This woodwind is manufactured from a nickel-silver alloy covered by silver plating. It features a straight head joint, which creates a long space between its plateau keys and its embouchure hole. Plateau model flutes, which are sometimes called closed hole flutes, don’t have venting holes in the center of the keys.

Content provided for informational purposes only. eBay is not affiliated with or endorsed by Gemeinhardt.