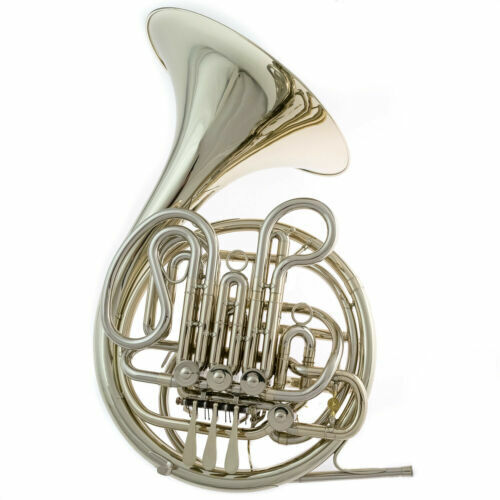 The French Horn is an instrument in the brass family. It is also known simply as a "horn." It has a flared bell with tubing that has been coiled, and sound is produced by blowing into a mouthpiece.

When were French horns invented?

In the 17th century, the bell ends of horns became bigger and more flared, and thus, the British-dubbed brass French horn was born. In 1814, Heinrich Stoelzel invented a valve to create what is considered the first French horn. Friedrich Blühmel, a miner with an interest in music, is also associated with the valves invention. The double French horn was invented in the late 1800s.

What’s there to know about French horns?

What are the different types of horns?

How are French horns played?

Hold the horn properly at a 45-degree angle while sitting up straight. The right hand is placed inside the bell. Having the hand there supports the weight of the horn, and it can also affect certain note pitches. The left hand is then used to play the keys. With a relaxed mouth but pressed lips, blow air quickly into the mouthpiece of the horn in order to produce music.

What materials are used to make French horns?