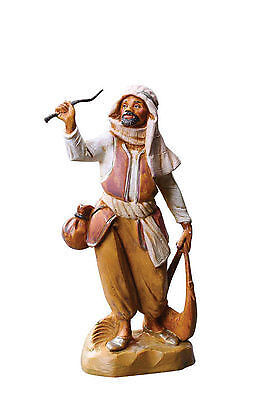 Since the 1960s, Fontanini nativity sets have been sought after amongst collectors of Christmas memorabilia. Fontanini nativity sets include the familiar stable where the baby Jesus lay, as well as figurines such as angels, shepherds, sheep, the three wise men, and other characters in the beloved New Testament tale. Every year, new figures for the nativity are introduced, and older ones are retired.

Whats the history of the Fontanini nativity sets?

The Fontanini family owns a factory in Bagni Di Lucca, which is located in Italys Tuscan region. Theyve been manufacturing nativity sets at that factory since the beginning of the 20th century. These pieces are designed under the supervision of the Italian sculptor Elio Simonetti.

Fontanini fever first began to sweep the United States in the early 1960s. To handle the demand for Christmas nativity scenes, the company began working with an American partner whos responsible for creating and printing the story cards, for packaging the nativity sets, and for distributing the nativity scenes for sale.

What are Fontanini figures made of?

When the family first began producing their Christmas pieces, they hand-molded them from papier mache. As the business began to prosper, they began to craft their nativity scenes from molds and plaster. For the most part, however, these materials could not stand up to the type of rugged use that would allow them to become Christmas heirlooms. So, in the 1960s, Fontanini nativity figures began to be made out of more durable polymer resins.

Polymer resins are virtually indestructible once theyre cured properly. They can be cleaned using warm water and a mild dishwashing detergent on a damp cloth. By switching to polymer resin, the family was able to create figures of the Holy Family that could be handed down as keepsakes from generation to generation.

What are the different types of nativity sets?

Content provided for informational purposes only. eBay is not affiliated with or endorsed by Fontanini.