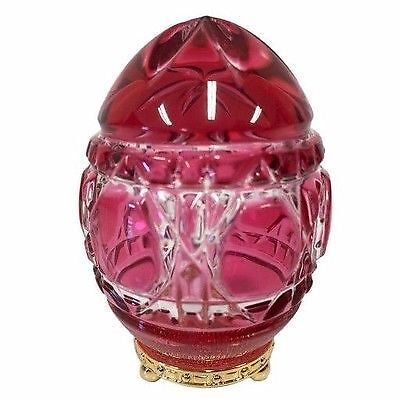 The Faberge Egg is both art and historical relic. Originally commissioned by Russian royalty in the late 1800s, the royal Easter gifts became an object of fascination. These miniature, jewel-encrusted creations have a signature egg shape, and most have a small figurine hidden inside.

What is a Faberge Egg made of?

Most were made of gold, but a few were constructed from precious metals or stone. The Alexander Palace Egg, for example, is made of jade. These creations usually include gemstones or pearls encrusted in their design.

What are Imperial Eggs?

This is a series of Faberge eggs made by jeweler Peter Carl Faberge and commissioned by the Russian Imperial family. A total of 50 were created between the years of 1885 and 1916. The eggs were each different and would open to reveal tiny figurines or ornaments. Two more were planned to be made and gifted on Easter of 1917, but those plans were dissolved due to the Russian Revolution.

Does the Faberge company still make jewelry and collectibles?

Yes, the company produces a full line of jeweled accessories and art objects. It makes rings, timepieces for ladies and gentleman, earrings, bracelets, cufflinks, and charms. Faberges Heritage collection continues their traditions with egg-shaped pendants, charms, and other jewelry.

Does Faberge still produce a variation of these collectible eggs?

Faberge crafts a different version of the eggs in the form of charms and egg pendants. Many of their necklaces feature dainty eggs that open to reveal small charms nested within, paying homage to the full-sized Imperial predecessors.

What is special about the Hen Egg?

This is the original Easter egg that started it all. The outer shell is made of white enamel. A golden yolk opens to reveal a hen that holds a diamond miniature of the Imperial crown and a ruby pendant. It was commissioned in 1885 by Russian Tsar Alexander III as a gift for his wife, Empress Maria Feodorovna.

Who commissioned the original Faberge eggs?

The first 10 Imperial eggs were given to Tsarina Maria by her husband Alexander III from 1885 to 1893. From 1894 through 1916, two Easter eggs a year were commissioned by Alexanders son, Tsar Nicholas II, one each for his wife and his mother. The materials varied significantly and included vitreous enamel, gold, diamonds, clear glass, and steel.

What is the significance of the Faberge Pearl Egg?

It was created in 2015 by Faberge to commemorate the 100th anniversary of the last Faberge Egg commissioned by Tsar Nicolas II. It was displayed at an exhibition that showcased the companys jewelry and timepieces. It was constructed with 139 pearls and encrusted with more than 3,000 diamonds and precious gemstones.