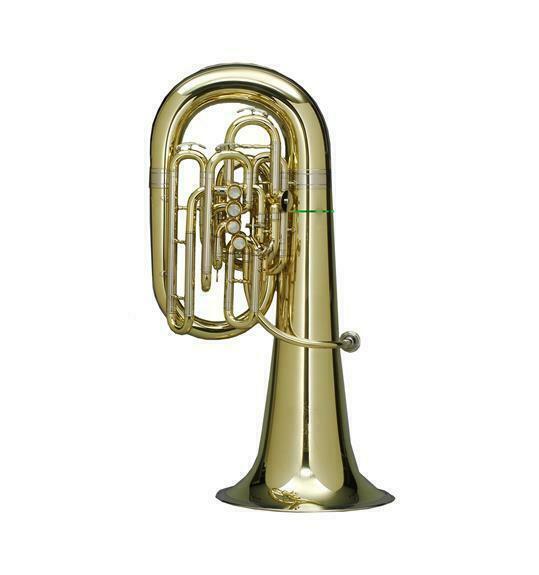 What You Need to Know About Buying an F Tuba

F tubas are among the smaller and highest-pitched members of the tuba family. The unique range of these instruments creates specialized roles for them in performances.

What makes an F tuba different from other tubas?

Tubas are pitched in Bb, C, Eb, or F on the bass scale. F tubas are popular with chambers, soloists, and in situations where its higher bass pitch allows groups to explore additional areas of the bass register. Performers who purchase one typically have prior experience playing other instruments in the tuba family because of its complexity.

How to select an F tuba

There are several factors that musicians use in selecting an F tuba, most of which apply across the entire family of tuba instruments and include the following:

How do four-, five-, and six-valve F tubas differ?

These valve choices add complexity to the purchasing process. This tuba is pitched a fifth (seven semitones) above the standard Bb tuba, which is the more widely used of all tubas. Adding valves along with more tubing enables it to play lower than its natural F pitch and improves intonation and tuning. It’s important for you to know in advance how low you want this tuba to play before choosing the number of valves. The number of valves available and their differences include the following: