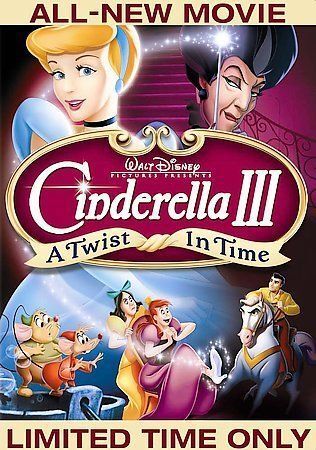 To date, Disney's adventure stories, classics, comedies, and animated series have touched millions of hearts. Due to the success of Disney DVDs and hundreds of popular titles, it often gets difficult to figure out what to watch. Here is a useful guide to help refresh your memory:

What are the popular Disney DVD releases?

The first animated classics released on DVD dates back to 1998. These are hard to find limited editions featuring such titles as Lady and the Tramp, The Little Mermaid, and The Jungle Book. At a later date, Disney also released Gold Classic Collections such as Mulan and Hercules. These DVDs included extras and sing-along songs. Taran and Atlantis the Lost Empire are some of the other famous titles released for the Collecter's Edition. The Collector's Edition is a highly sought-after DVD set that is sometimes difficult to find.

Still, Disney's Platinium Edition DVDs broke all the previous records when introduced at the start of the Millennium. These two set DVDs included interviews from their creators and additional musical sequences in some titles. In fact, you can find all the famous titles in the Platinium Edition such as Peter Pan, Snow White, Lion King, Beauty & the Beast, Bambi, Aladin, Cinderella, The Jungle Book, and many other titles.

What is Disney's Special Edition?

Disney's special edition is a lose set of classical titles that may contain a lot of extra features. For instance, the reissued Peter Pan DVD, 2-disc sleeping beauty set, and the double-disc edition of Mulan contains bonus features; however, buyers should also note that not all special editions included special features. DVD titles such as Oliver & Company and James and the Giant Peach were not significantly different from their original release. Accordingly, it's better to read the description of the title before purchasing a DVD.

Are there any highly sought after limited edition Disneys DVDs?

If you're looking to give someone a gift, consider giving the Walt Disney Treasures. These are some of the most prized DVDs, which came in 2-disc tins. Each DVD contained episodes of old cartoons and television programs. Mickey Mouse in Living Color and Disneyland U.S.A. are some of the titles you will find in these beautiful tin covers. The concept was the idea of Leonard Maltin who appears in each set to talk about the historical context of the characters, places, and movies. Walt Disney's True-Life Adventures is another similar set, which is identical in design but it's focused on wildlife exploration.

Content provided for informational purposes only. eBay is not affiliated with or endorsed by Disney.