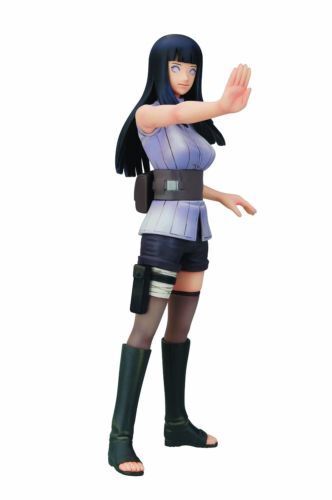 Celebrate your favorite anime characters and commemorate episodes from the Naruto series and manga with collectable Naruto anime items. Some pieces of Naruto merchandise are modeled after ninja equipment used in an episode of the show. Other pieces are taken from a chapter of the manga illustrated by Masashi Kishimoto.

Have official Naruto Akatsuki ninja robes ever been made?

What Naruto characters have been featured on T-shirts?

Are there Naruto cosplay outfits?

You can find cosplay outfits for the following Naruto characters:

What styles of headbands have come from the Naruto manga?

Real-life versions of all of the Naruto headband designs from the original manga are available. This includes those only seen in Naruto episodes for a brief period of time, like those worn by missing-nin and by the Allied Shinobi Forces. You can also find versions of the goggles that Naruto Uzumaki wore in the Naruto pilot episode.

What variant figures of Sasuke have been made?

Since Sasuke Uchihas appearance changes in later episodes, Bandai has issued different figures to represent different periods of time. You can find figures depicting him in the following outfits: