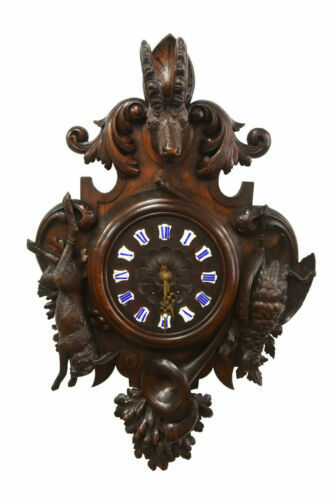 Starting from themid-17th century, the Black Forest region of Germany gained recognition for the high-quality German clocks its clockmakers produced. While they started off with simple devices, they soon started making more complicated ones with complex movements. These master German clockmakers are credited with the creation of the cuckoo clock in its final, refined form. An authentic Black Forest antique clock has become a rare and sought-after find for horologists and collectors.

Black Forest horology started off as a way for farmers to supplement their income in the quite winter months. Manufacturing them was a family tradition, handed down from parents to children for generations, with a number of families in the region earning fame from their skills. The Junghans are one such family who are still active and who now make watches.

What Are the Types of Black Forest Clocks?

Content provided for informational purposes only. eBay is not affiliated with or endorsed by Black Forest.