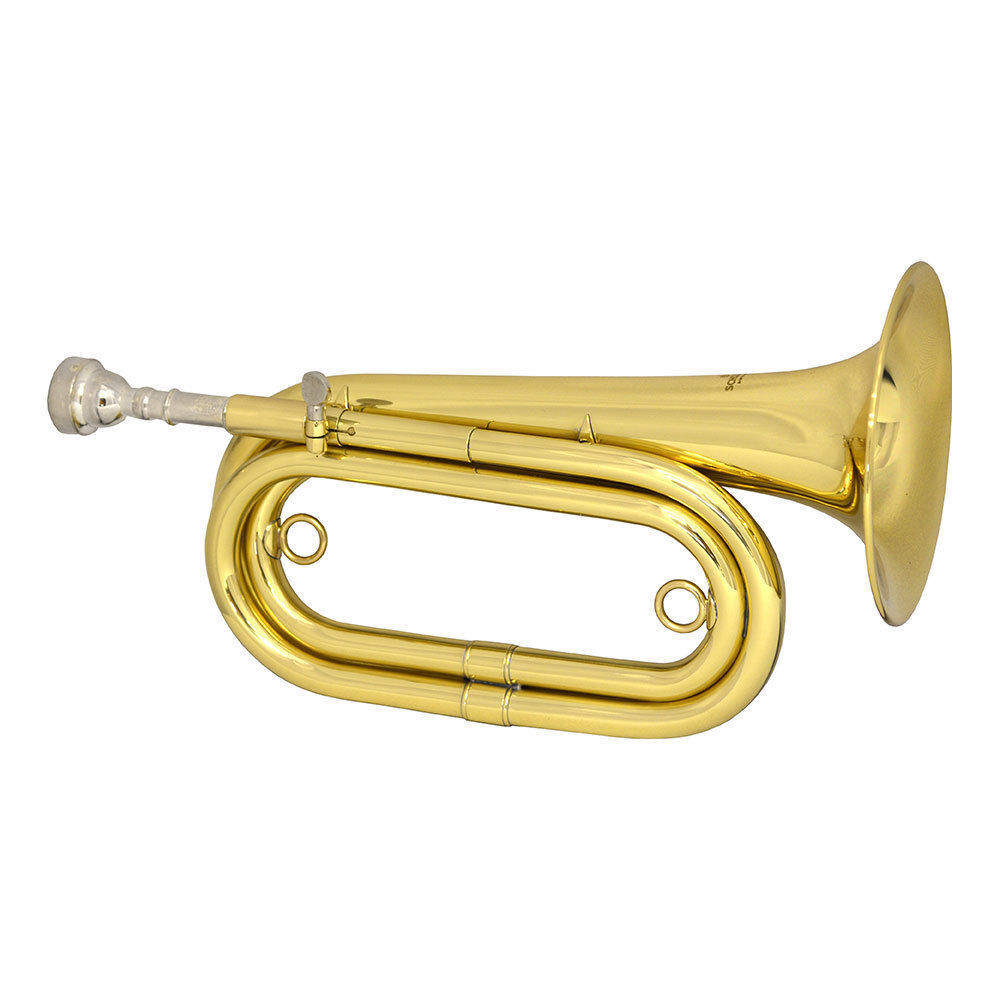 Make the Bugle Call and Other Tunes With This Proud Instrument

The bugle belongs to the brass instrument family, and although it is a simple musical instrument, consisting of a horn and no valves, it has a long and proud tradition. Since it doesnt have valves, there is no mechanical way to control the pitch, and with no way to control the pitch, bugle players must learn to create notes in the harmonic series. Explore the many inexpensive bugles on eBay, and add one to your collection of musical instruments.

The fascinating history of the bugle

Bugles were first played by settlers and hunters to communicate with one another. Instead of sophisticated instruments, these individuals would use horns from animals. The shed animal horn would be cleaned and usually had a rope attached so that it could be carried easily. To use the animal horn, air would be blown through the smaller end of the horn. The sound would echo for miles and usually answered by someone nearby using the same instrument.

The bugle is most often used for ceremonial purposes. The Boy Scouts of America and military bands use the bugle to signal the start and end of their daily routines. Throughout history, the bugle was used to signal soldiers during battle. The bugle has also been used as a signal of surrender during battles.

The different types of bugles

Bugles are simple instruments, and they are mostly made of brass with a distinguished mouthpiece. Most bugles are made of brass materials, but different types of brass bugles make a variety of pitches. You can find a list of bugles and their pitches below:

Are all bugles made of brass?

Brass is the most common material used to create a bugle, but it is not the only material used for their creation. Copper is also an acceptable bugle material. Some bugles are created with a mixture of copper and brass. Bugles do not have to have a lacquered finish, but they are better-protected from the elements if a lacquer is applied. Some well-known bugle manufacturers include:

How does a bugle player create different notes?

What musical compositions are known for using a bugle?

There are several musical compositions that rely solely on the bugle. The most-recognized compositions that use the bugle include "Taps" and "Reveille." "Taps," also known as "Butterfields Lullaby" and "Day is Done," is played during flag ceremonies and military funerals as well as at dusk in military settings. The official version of the song is less than a minute long, but variations are often played in different settings.

"Reveille" is played during wake-up calls. It is most often played to wake up a camp of soldiers. It is often played at Boy Scout and Girl Scout camps as well.