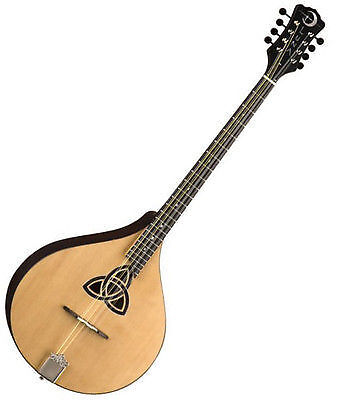 Find the Right Bouzouki or Mandola and Make Beautiful Music

If you want to have the sound of the bouzouki in your home or band, you can find an affordable bouzouki, baglama, mandola, or mandolin on eBay to create your own beautiful music. Whether you are an experienced musician or have just started learning how to play, you will appreciate the huge selection of new and used instruments on eBay.

The origin of the bouzouki

The present-day instrument evolved from an ancient ancestor, the three-stringed tamboura which is part of the lute family. As the tamboura made its way across Eastern and Central Asia, it morphed into what is known as the bouzouki. They were brought to Greece in the early 1900s by Greek immigrants from Turkey. They are either trichord with three pairs of strings or tetrachord with four pairs of strings. Bouzouki music is especially loved by Greek people, and the instrument plays an important role in their contemporary culture.

Materials and designs that affect the tonality of bouzoukia

Stringed instruments like bouzoukis, baglamas, mandolas, and mandolins are made of different types of wood. The wood used is important in determining the tonality of the instrument.

Every musicians ear is different and sounds are open to interpretation, but it is generally believed that maple wood produces a bright tonality with a high register. In comparison, rosewood, which is the most commonly wood used in bouzoukis, has a heavier, rich tonality.

What composers are known for using the bouzouki?

Manolis Chiotis introduced this instrument to the Greeks by playing for their king at the time. However, it wasnt until the 1920s when Greek composer and musician Markos Vamvakaris made the people fall in love with its charming sound. Vamvakaris used his amazing talent on this instrument to play his Rebetiko style of music. Rebetiko was urban music popular with the working class people of Greece. They loved it because of its melancholy sound and meaningful lyrics that told the story of their daily struggles. More contemporary artists that are known for playing the bouzouki are Angelo Avramakis and Alec Finn. You may recognize the music from Zorba the Greek by Mikis Theodorakis, full of the characteristic tones of the bouzouki.

What is the difference between a mandola and a mandolin?

Similar to bouzoukis, mandolas and mandolinos are both stringed instruments with frets, and they both have four courses of two strings. The mandola is larger in size and has a longer, thicker neck, and its courses are in the pitches of C-G-D-A. The mandolin, on the other hand, is a smaller version of the instrument. The scale of G-D-A-E is shorter, which creates a different sound. The pitch is the same, but the frequency is higher. The difference between these two is comparative to the difference between bouzoukis and baglamas. Baglamas are one half the size and an octave higher in pitch.