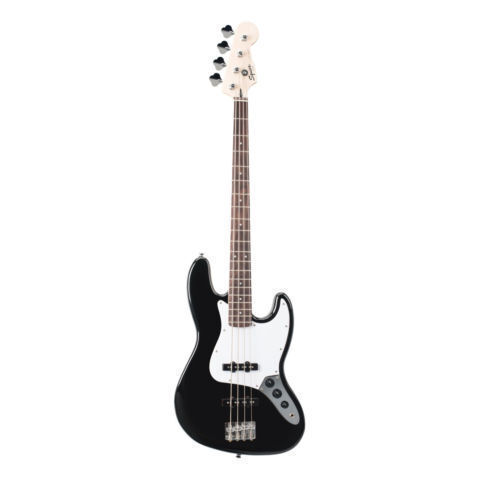 The bass guitar is an electric instrument that performs in both lead and backing roles. They are commonly used across a huge variety of musical genres and are attractive for their versatility, sound, and design. Manufacturers such as Fender and Ibanez offer a variety of both modern and vintage bass guitars, and each has multiple models with their own characteristics.

How many strings does a bass guitar have?

Regardless of the model or series, a bass typically has four strings. They are tuned the same way as the first four strings on a regular guitar: E, A, D, and G. Some musical genres have alternative tunings, though. For example, metal often uses "drop D" tuning, where the E on the lowest string is tuned down a step to D. Most alternative tunings involve tuning down. Some basses have a fifth string. Usually this is added to the low end, where it becomes a B in standard tuning. In rare cases. it will be added to the high end, where it is known as a tenor fifth string and becomes a C. In even rarer cases, a bass can have six strings, using both the low B and the high C. The neck of the bass can be comprised of woods that range from maple to rosewood.

Do you need a special amp to play the bass?

Bass guitars require a bass amp. It is possible to play a guitar through a bass amp, but you cannot play a bass through a guitar amp without damaging the amp. Amplifying low-frequency sounds is more challenging and requires both different equipment and more space compared to an ordinary guitars amplification needs. Like guitar amps, bass amps can be combined or separated into the head and the speaker.

Combo models are compact, but separate stacks are capable of higher volume, making them suitable for live play in large volumes. Generally, higher wattage translates to higher maximum volume. You can also add effects to the tone at the amp itself or you can add pedals and other sources to your signal chain.

Do you play bass with a pick?

While the electric guitar is mostly played with a pick, the bass or jazz bass can be played with either a pick or your fingers. Because of the sensitivity of the pickup on the bass, the two tend to produce somewhat different tones. For example, finger style play can create additional sound from the impact of the strings against the frets, while playing with a pick offers a sharper, more staccato sound. Neither style is better than the other, and there are many famous examples of players using each one. Sometimes, there are conventions of play for a particular genre, but more often it comes down to how a bassist originally learned to play.