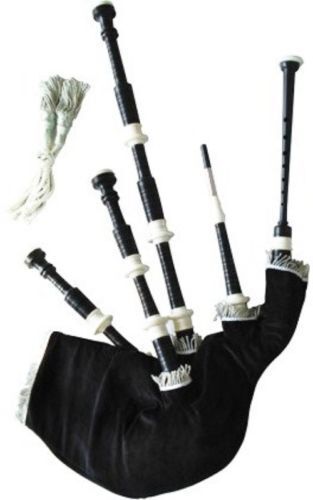 3 Things You Should Know About Bagpipes

If you want a musical instrument that will be a conversation starter, then a set of bagpipes is an excellent choice. These pipes have a rich history, are uniquely constructed, and require dedication to master. You can find a large variety of affordable bagpipes on eBay.

Bagpipes belong to the wind family

These pipes are musical instruments that are included in the wind family. They have a melody pipe with finger holes called a chanter, three bass and tenor drone pipes for harmony, and a blowpipe for blowing air into the bag. The person who plays is called the piper, and he or she blows air into the blowpipe to fill the bag. The air from the bag causes reeds to vibrate in the melody and harmony pipes, which results in a combined harmonic sound from a single instrument.

How do you learn to play the bagpipes?

In order to successfully learn to play the pipes, a beginner must strengthen the muscles around their lips and increase their lung capacity and stamina. There is a beginner version of the pipes called a "goose," which is useful in this beginning-learning stage, and there are also practice chanters which are separated from the bag. Beginning players must learn to provide a steady stream of air to the pipes by blowing into the bag and squeezing the bag between the arm and the chest when not blowing. Pipers must also learn to correctly tune the pipes.

Pipes have various parts that are used for blowing air in and out, producing certain notes, tuning the pipes, and holding the pipes in place.

What is the origin of these ancient wind instruments?

While many may believe that pipes originated in Scotland, they actually have been included in many earlier cultures. References to these pipes have been found dating back to Egypt circa 100 B.C. and in Roman and Greek writings around A.D. 100. They were well-known across most of Europe by the ninth century. Simple bagpipes are still found today in Greece, North Africa, and Eastern Europe.

These pipes lost popularity in much of Europe but became entrenched around 1700 and beyond in Northern England, Scotland, and Ireland. The most well-known version of the pipes is the Scottish Great Highland bagpipe, which is known as "a phiob mhor" in Gaelic. It was traditionally used by a solo player during battles against the English. After unification, piping bands were formed in Scottish regiments under Queen Victoria.