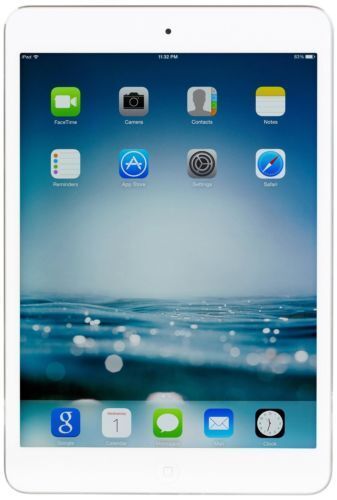 The iPad Mini 2 Has Functionality and Portability

The Apple iPad Mini 2 is a tablet computer that was first released in November 2013. You can use a Mini 2 whether youre at school, home, or on-the-go and want access to apps, photos, and other data.

What type of operating system does this iPad use?

The mini 2 comes with the iOS 7 operating system, and you have the choice of updating the system. The iPad Mini 2 can accept up to an iOS 11 system. Some of the differences are that the iOS 11 has:

What connectivity options are available?

All of the iPad Mini 2s can connect wirelessly to the internet through Wi-Fi and a wireless local area network. They can also connect to devices via Bluetooth 4.0. Those with the designation "Wi-Fi + cellular" in their names are able to access a cellular network. If you do go with a tablet that has cellular capabilities, youll have to link your iPad to an existing plan or set up a new one. Youll have the option of setting Wi-Fi connectivity as your default setting so that you dont use up your data. This is important if you have limited data as part of your plan.

What are some features of the iPad Mini?

The features of the Apple iPad Mini 2 include more pixels for their camera, a FaceTime HD camera, and more. Here are additional features:

Cap off your Thanksgiving break and skip the long lines thisBlack Friday. Without the crowd, shop amazing doorbuster deals on iPad Mini 2, toys, clothing, and more.