0 results found. Try Apple Desktops & All In Ones 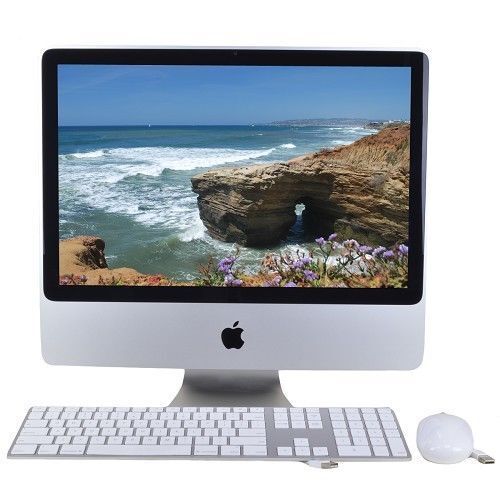 Apple has a longstanding reputation for building durable electronics products. The iMac all-in-one desktop featuring the Intel Core 2 Duo offers power and performance without eating up a lot of desktop real estate.

What is a dual-core processor?

The Intel Core 2 Duo processor or CPU was one of the first dual-core chips. A single-core chip can process more than one task at a time, but a Core 2 Duo chip does it twice as efficiently by compartmentalizing tasks. While a single core and dual-core CPU may have the same GHz of power, the dual-core CPU will manage that power more efficiently, leading to faster processing speeds. Speed and performance are also significantly impacted by the number of GB of SDRAM or memory as well. To increase speed and performance, you can upgrade either the CPU or the GB of SDRAM or both.

What is an all-in-one desktop?

The Apple iMac combines a monitor with all of the components generally found in a tower or what is commonly referred to as the "hard drive" of the computer. This includes the actual hard drive itself, any DVD drives, and all the various ports and connections. Doing so frees up a lot of space and offers one sleek smooth unit without all of the many cables and cords necessary to connect the tower to the monitor.

What operating system does the Apple iMac use?

What accessories does the Apple iMac come with?

For the most part, what you are purchasing is the iMac desktop unit alone, which is the monitor and all of the "hard drive" components. In most cases, you will need to purchase your keyboard and mouse for your iMac separately. Some iMacs may come with a keyboard and mouse included, but you will want to check the listing carefully to ensure you know what you are getting.