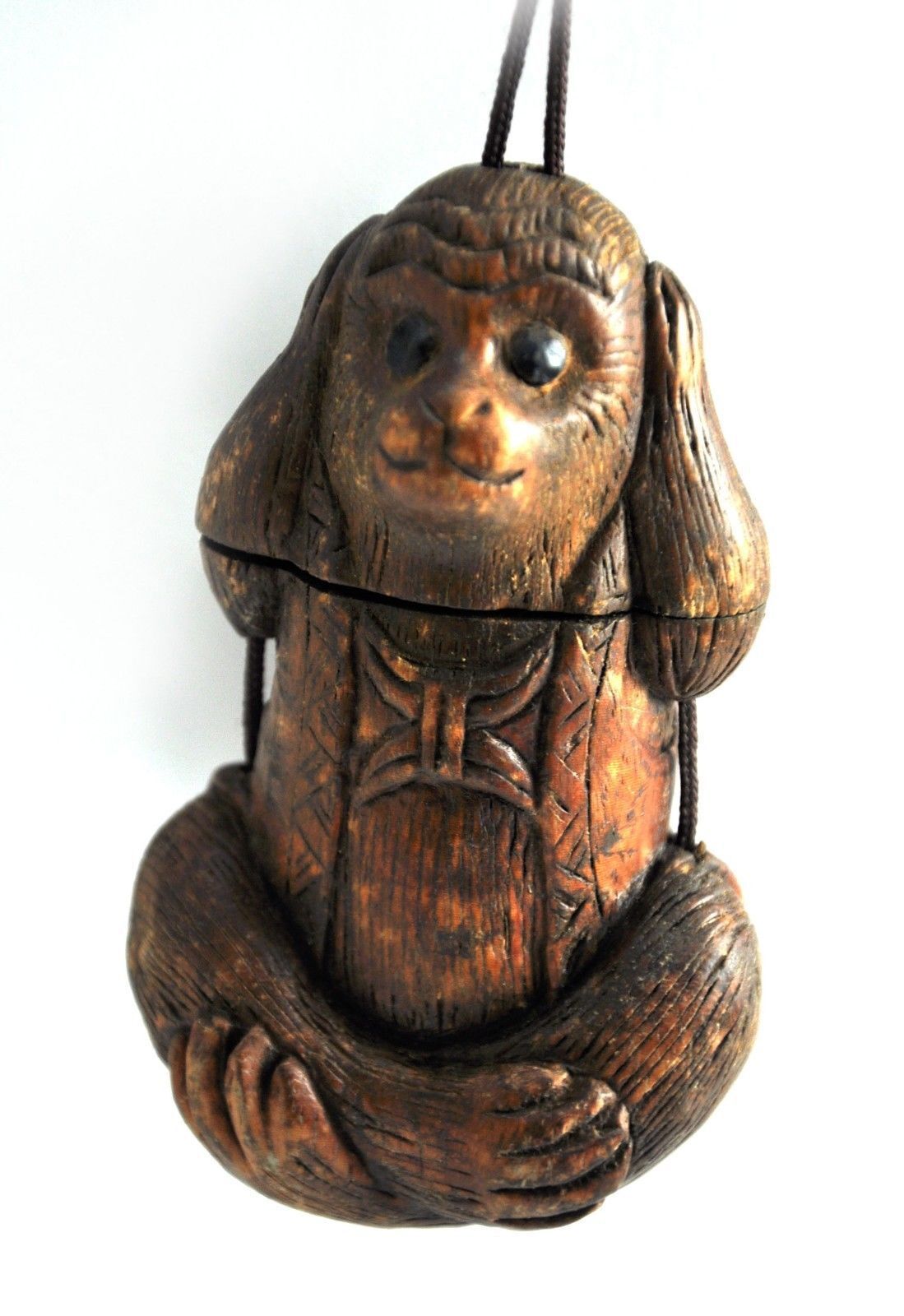 Japanese netsuke were invented because kimonos do not have pockets; it was originally a carved toggle part of a box that helped a person wearing a kimono carry personal effects. It was found at the end of a cord, and when the cord was pulled through the netsuke, it kept the items from slipping through the sash. Two holes of unequal size were drilled at the bottom of the netsuke to secure it.

What are Japanese netsuke made of?

Antique netsukes are made of animal materials like bones and teeth, mainly from cattle, and coral. Even animal ivory was taken from the tusks of elephants, walruses, and mammoths to be used in the creation of these small, purse-like accessories. Each ivory aged differently, giving a unique look to each netsuke created. Plant materials are also used, including a specific vegetable ivory found in Central America, resin, and wood (including fossilized wood and boxwood). Sometimes, other materials are incorporated as well:

This object is part of the Japanese inro. The inro is a tiered box that people carried to hold such items as their medicine. It has separate compartments that were held together with a cord. The ojime is the string fastener that allowed the cord to be adjusted. The netsuke secured the cord and its attachment and kept them from falling from the sash, or obi of the Japanese kimono. Despite their practicality, these miniature works are often considered art and were sometimes signed by their creators.

What does netsuke mean?

What forms do Japanese netsuke come in?

A netsuke sculpture comes in many forms. They can be: