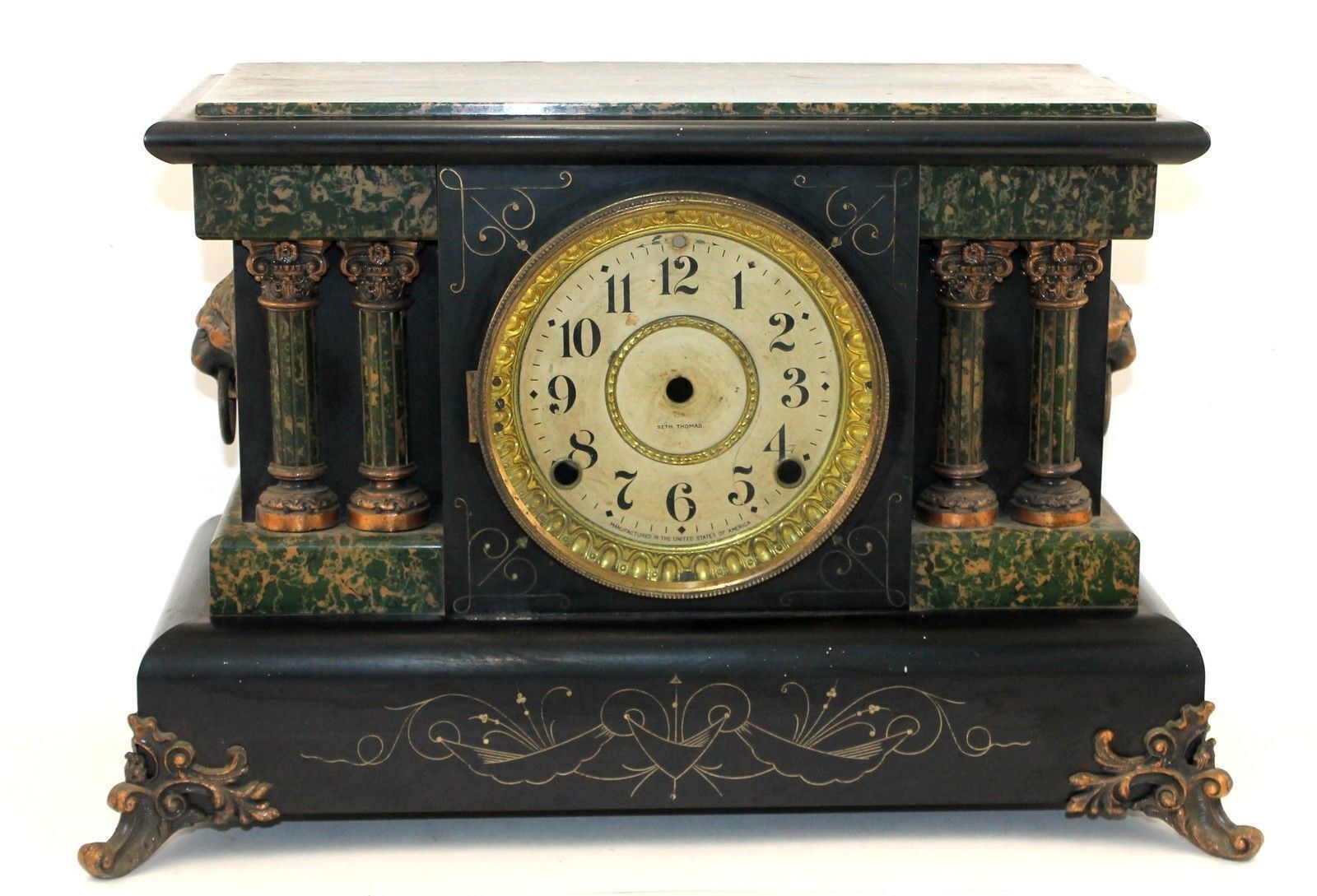 As old and antique clocks wear out, the parts become available for clock repair as well as other uses. From steampunk to costume jewelry, antique clock parts can be seen or used again in a variety of settings. Gears, wheels, clock faces, dials, movements and other parts may all be utilized for repair or decoration.

What is a clock movement?

A clock movement is the inside mechanism that makes the clock run. It is similar to a motor. Antique clocks might have a movement that is chiming, has a pendulum, or one that works with a set of gear wheels. A pendulum might be attached to the movement parts for precise timekeeping.

What parts can be used to repair old clocks?

Old German clocks as well as antique pendulum clocks may be repaired and movements and dials replaced. A pendulum clock, such as a grandfather clock or antique parlor clock that uses a pendulum as a swinging weight attached to the movement, may be repaired. Whether it is a dial that needs restoration, the numbers, or even the moon phase on a grandfather clock that needs work, these parts may be able to be replaced for repair.

What are other uses for antique clock parts besides repair?

You may have seen a number of antique movement parts that were incorporated into jewelry, decor, or art pieces. Antique parts have been used in fashion, design, and fine art. These include:

Are there parts available to repair Regulator Clocks?

Yes, there are a number of parts that are made for the Regulator and are used for clock repair. The term "Regulator" was written on the front of the glass. They are assumed to be very accurate clocks as most antique styles have pendulums and were invented in the late 18th century. Clock parts that can be used on regulator antique clocks can include:

Yes, a number of clock parts and movements are available that can be used to repair an antique mantel clock, a wall clock, or other style. Ingraham was founded by Elias Ingraham in 1853. The company became a noted 19th-century Connecticut manufacturer. Most of his timepieces were wall clocks or designed to be on a shelf. Styles include steeples, banjo-style and richly painted antique clocks for the mantel. Clock parts, such as as gong or parlor clock movement can be found. Other parts include: