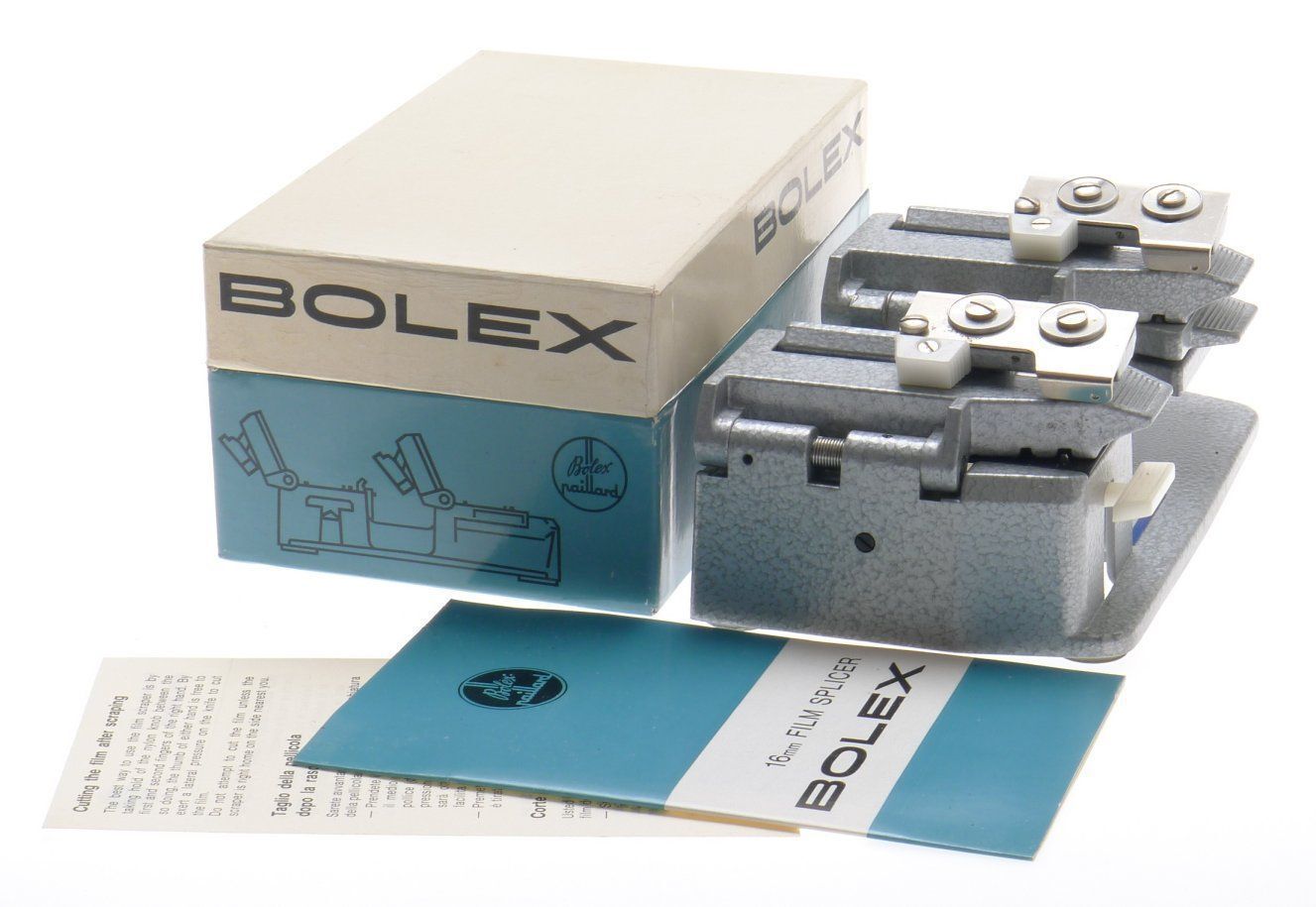 What are the 16mm film splicer product brands?

What are the film splicing product features?

All 16mm film splicer products have a polyester base because this material helps the hardware effectively splice film. Splicer tools are also manufactured with presstapes; this solution gives you the ability to join multiple rolls of film successfully during the editing process. It also simplifies the process of using a film leader. The film leader is very important since it protects a film by preventing severe damage after a tape is mounted in a projector.

What are the housing specs for different 16mm film splicers?

Most 16mm splicer products by different brands have housing features that can be used during the splicing process. For example, some splicer units that are designed for strategic splicing routines have a convenient handle that raises and lowers the main component on the housing. These film splicer units also have a mechanism underneath the handle that holds and rotates a 16mm roll of film. Many 16mm products made for dual splicing routines have an upgraded design that includes two handles. Since dual-design splicer units hold two rolls, the handles are placed in a different spot on the housing.